Anne Frank: The Diary of a Young Girl

When Anne Frank was thirteen, she received a diary for her birthday. But just a few weeks later Anne's world was turned upside down. German Nazi soldiers invaded her country and Anne's family were forced to hide from everyone and everything they knew and loved. Over the next two years Anne's diary became her only friend. 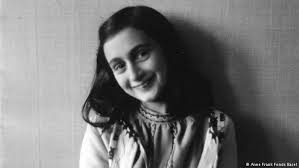 Watch these short videos to learn more about Anne Frank and her family.

Tour of the Secret Annex

Antisemitism is the term used when people are prejudiced against Jews just because they are Jewish. Antisemitism is a modern racial term that was invented in 1879 by a German journalist called Wilhelm Marr. However, anti-Jewish feelings are much older than that.

About 2,000 years ago, Jesus, according to the story in the Gospels, was executed for treason. He was crucified, which was the Roman method of execution. Christian teaching did not blame the Romans; it blamed the Jews. As his followers later regarded Jesus as God, killing him became known as the crime of ‘deicide’ (killing of God). This was the basis of Jew hatred.

In many parts of Europe, before the Crusades, Jews lived reasonably well, often under the protection of the local ruler. Rulers recognised that Jews could be trusted and had good trading contacts in other countries.

However, during the medieval period various laws were introduced to isolate and persecute Jews. They were not allowed to own land, so they could not become farmers. Jews were also not allowed to join the Christian trade guilds, and therefore could not have a trade.

From 1215, in many parts of Europe, Jews were forced to wear a special badge or hat in order to mark them out as different. From time to time there were attacks and massacres of the local Jewish community.

Read more here about anti-semitism and the Holocaust.

The Holocaust (Shoah) was a unique event in 20th century history.

The events of the Holocaust evolved slowly between 1933 and 1945. They began with discrimination; then the Jews were separated from their communities and persecuted; finally they were treated as less than human beings and murdered.  During the Second World War the Nazis sought to murder the entire Jewish population of Europe and to destroy its rich and diverse cultures. In 1941 there were about 11 million Jews living in Europe; by May 1945 the Nazis had murdered six million of them. One-and-a-half million of these were children.

Whilst the Jews of Europe were the Nazis’ primary target, many millions of other people were also imprisoned, enslaved and murdered. These people included Roma, those with mental or physical disabilities, homosexuals, Jehovah's Witnesses, trade unionists, political opponents, Poles and Soviet prisoners of war.

The Nazis did not act alone. The perpetrators were supported and assisted by collaborators from within the countries they occupied across Europe. Most countries stood by while the Nazis and their accomplices carried out the mass murder of the Jewish people.

By the 28 September 1939, the German army had conquered western Poland.  On 21 September 1939, Reinhard Heydrich ordered that Jews were to be concentrated in separate areas within cities (ghettos). This initial 'short-term' measure to contain and control Jews very soon developed into a long-term policy. The first ghetto in Poland was established in October 1939. Very soon ghettos had been set up all over Poland, with the largest in the capital, Warsaw.  Over the next four years, the Nazis established ghettos in the major cities of many of the countries they invaded. They established over 1,000 ghettos in Poland and the Soviet Union alone.

Germany invaded Holland on May 10th 1940. The invasion, based on blitzkrieg, was swift and devastating. Holland surrendered just six days later as her military had been unable to cope with the speed of blitzkrieg. Fear was also great – Rotterdam had been severely damaged by bombing. Could the same happen to Amsterdam? The Hague? Over the next two days, the Germans conquered the rest of Holland.

After Hitler came to power many German Jews began to move to the Netherlands as they believed that it’s neutrality during WWI, would mean it would be a safe place to escape the Nazi’s antisemitic policies. Many of those who entered the country did so illegally. The Dutch governement set up a series internment camps including one in the north-east at Westerbork.

The Netherlands had a Jewish population of 140,000; 75,000 of whom lived in Amsterdam. Many Jews attempted to escape the country. However, a series of anti-Jewish measures made this extremely difficult. In September 1940, Jewish newspapers were closed down. Then, during November, Jewish civil servants were sacked and the assets of all Jewish businesses were registered.

Throughout 1941, the situation for Jews in the Netherlands deteriorated. Jews were banned from public places, subjected to nighttime curfews and travel restrictions. Jewish students were also thrown out of schools and universities.  Then, in March 1942, the German administration started confiscating Jewish property. A month later, on 29 April 1942, Jews were ordered to wear a yellow Star of David containing the word Joad (the Dutch word for Jew).

In July 1942, the Germans began rounding up Jews, sending them to Westerbork on their way to the extermination camps of Auschwitz and Sobibor in occupied Poland, where they were murdered.  The Dutch police actively collaborated and assisted the German authorities in rounding up of Jews on the streets or in their homes.  Dutch railway workers administered and operated the rolling stock in which Jews were deported to and from Westerbork. The last train left Westerbork for Auschwitz-Birkenau on 3 September 1944, by which time 107,000 Jews had been deported. Of this number only 5,200 survived.

Whilst the geography of the Netherlands made escape difficult, between 25,000-30,000 Jews managed to go into hiding assisted by the Dutch underground. Remarkably, of this total, two-thirds of Dutch Jews in hiding managed to survive. 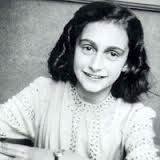 The Diary of Anne Frank - Film